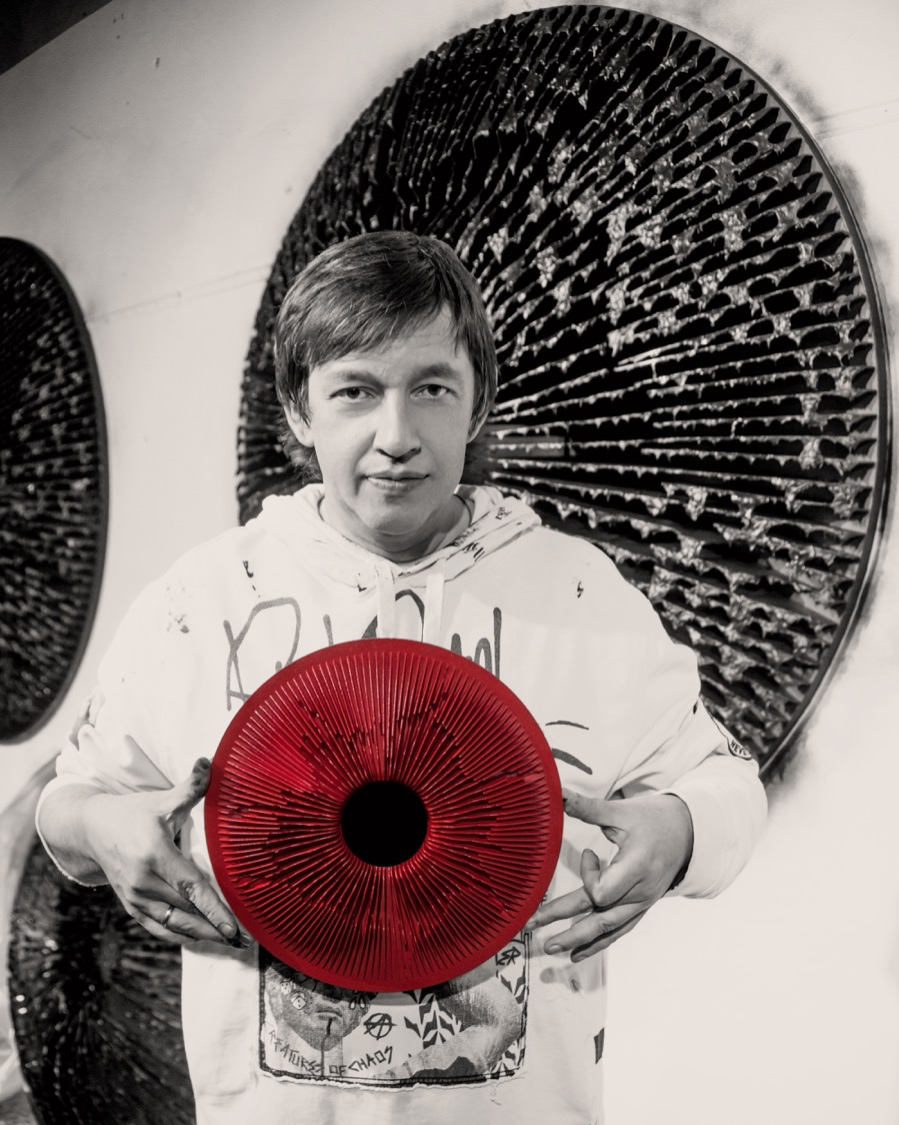 From architecture and design to abstract and kinetic sculpture, Vasily Klyukin's oeuvre possesses a character that is curious and deeply philosophical. Monaco based artist is not afraid of experimenting with techniques and forms.

Using his engineering experience and passion for experimenting with mediums, Klyukin has managed to create his unique technique, which allows him to create complex three-dimensional sculptures from sheets of medium without any fasteners.

The collection 'In Dante Veritas', inspired by Dante's 'Divine Comedy', was created in this method and began its world tour at the State Russian Museum, St. Petersburg. Afterwards, the collection was presented at Arsenale Nord during the Venice Biennale 2019. Next year, the exhibition re-opened in a new format 'Art Panorama Inferno' in Lucerne's most picturesque location — Château Gütsch.

The Divine Comedy theme continues in 2021. To commemorate the 700th anniversary of Dante's death, the «Mask of Dante" sculpture travels through cities in Switzerland throughout the year, where it becomes the hallmark of parks and squares.
Later in early 2023, 4 Horsemen of the Apocalypse from the same collection will be installed in Turin at the Accademia Albertina di Belle Arti, which leads its long history from 1678.

Vasily Klyukin's Wall sculpture series are equally fascinating. Enamored with the natural elements and armed with mathematical formulas, Klyukin created "Crypto" series, which was showcased in September 2020 at a personal exhibition at the Simon Lee Gallery in London. From that moment, art connoisseurs can see the 'Crypto' series at any time as a permanent exposition of the Gallery.

In 2021 comes the artist's major exhibition "Civilization. The island of the day before" at the Kunstforum Wien, where the street sculpture "413" made of brass was also displayed opposite the entrance. The sculpture was later installed in Malaga, Spain, with the support of the city authorities.

From 30.09.2022 to 29.01.2023 a solo exhibition of Vasily Kylukin "Mind Space» is on view at the first-ever museum of contemporary art - Osthaus Museum Hagen, Germany. The artist creates sculptures primarily for the museum spaces, and presents to the viewers about 300 sculptures up to 7,5 meters high, including a composition of 144 60cm wall pieces. At the opening, the renowned art historian Prof. Dr. Dieter Ronte noted that he could not recall such a powerful exhibitions in Germany in the last 30 years.

Klyukin's artworks are widely represented in museum and private collections, and can also be found at charity and commercial auctions around the world.
MONACO
ARTIST'S STUDIO