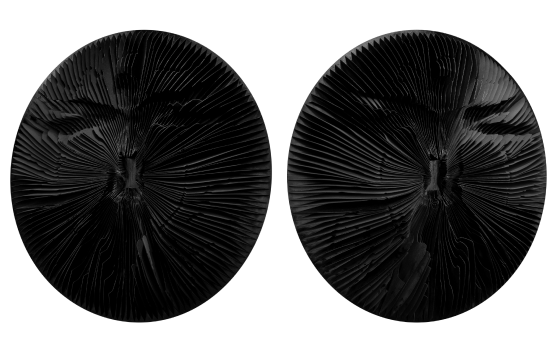 2019 is the year when Vasily's favorite childhood film "Alien" turned 40 years old. The prototype for the creation of "Alien" was the work of the brilliant designer G.R. Giger, whose museum Vasily visited the same year. The exposition brought the artist back to his childhood memories and became an impetus for the idea of a future work.
Drawings by Leonardo da Vinci also inspired the creation of the sculpture. In this piece, Vasily paid tribute to the talent of the great artist and dedicated it to the 500th anniversary of his death. At one point, the Vitruvian man and a representative of an unearthly civilization merged in Vasily's imagination, leading to the creation of this sculpture.